During the Syndicate Quests event, Syndicate members will be asked to band together and complete a series of challenges in order to earn bonus Quest Loot Cases and Favor Points! 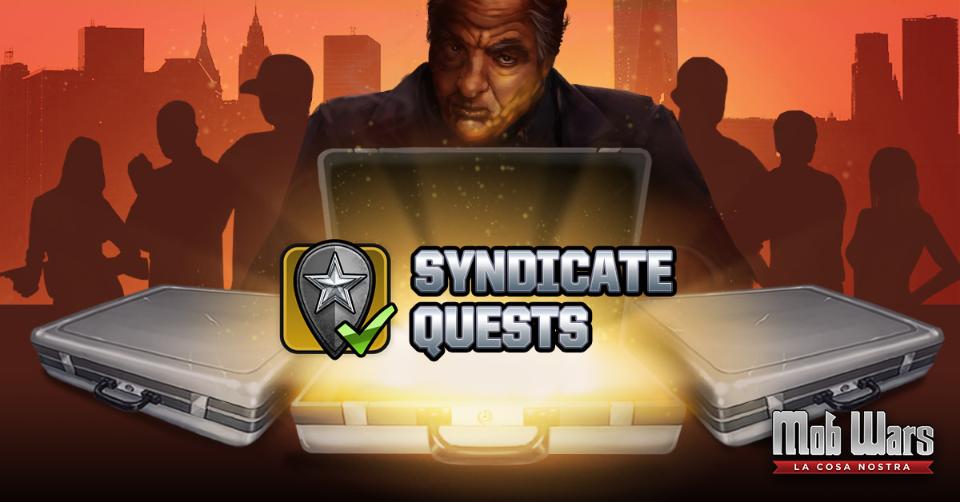 Every Syndicate will be given six random Quests at the beginning of the event, with two Quests in each difficulty category (Easy, Medium, and Hard). Only the Easy Quests will be unlocked at the start, and every member of your Syndicate will automatically be contributing to them. Once you’ve finished an Easy Quest, a Medium Quest will unlock; one you've completed a Medium Quest, a Hard Quest will unlock, and so on. Once you have completed all six Quests, that is it! No more Quests will open after the two Hard Quests are finished.

Every member of the Syndicate will be rewarded Loot Cases for completed Quests, regardless of how much they contribute to each Quest. However, members can also earn bonus Favor Points by contributing to Medium and Hard Quests! Each player's FP bonus will be based upon how many actions they put towards finishing these higher-tier Quests.

Syndicates will have one week to complete all of their Quests. You can find your Syndicate's available Quests on the “Quests” tab on your Syndicate page.Once the event ends, players can then collect any Loot Cases and FP they have earned. 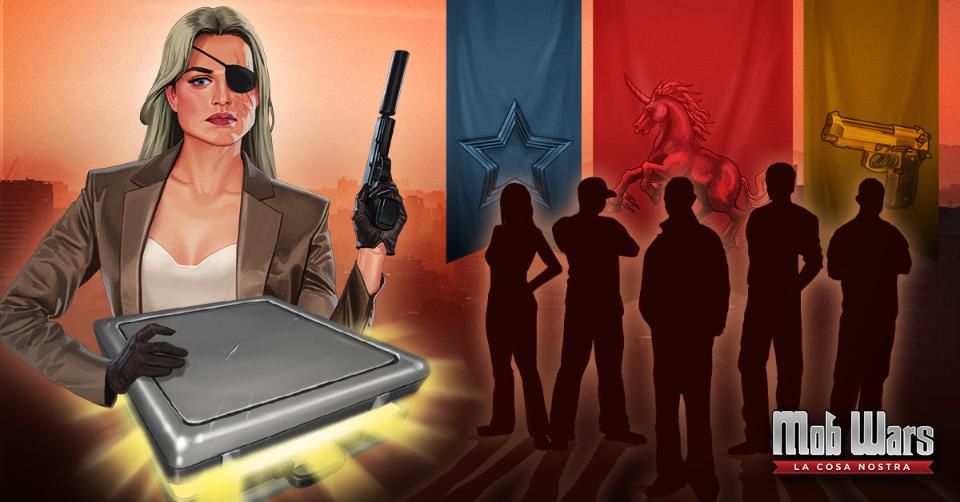 A Few Things to Remember: