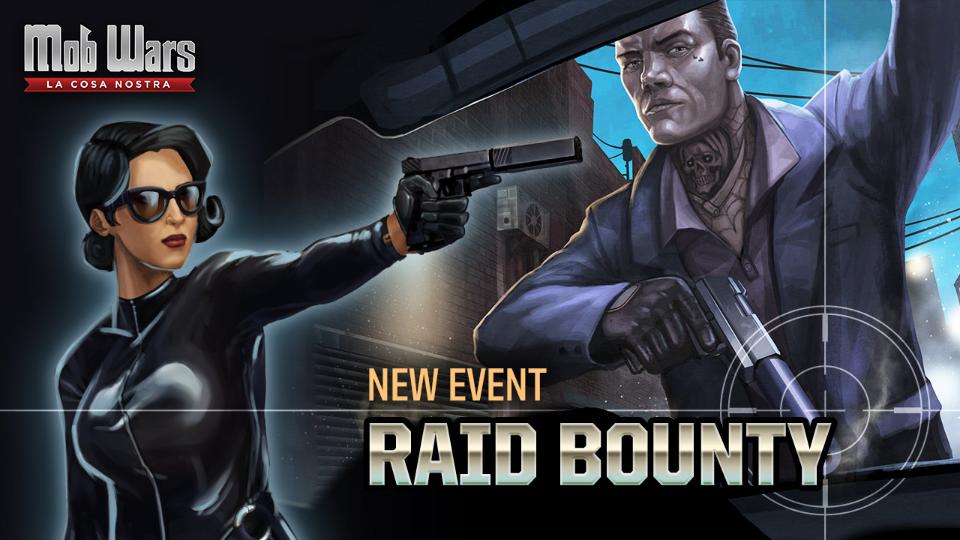 Welcome to the Raid Bounties! At the start of every Raid Bounty event, the Godfather will place a series of Bounties against the current Raid Boss. Whenever a player satisfies one of these Bounties, they'll be eligible to claim a powerful item as a reward!

How do you unlock these Bounties and receive your payments? This article will cover all the important details about this exciting featured Raid event!

The Bounties
There are three different categories of Bounties that players can earn during the Raid Bounties event:

Once you've earned a Bounty, head to the Raids page to claim your prize! Only after collecting your reward can you start making progress towards the next Bounty of that category.

This means it is very important to collect your Bounties as soon as you are eligible! Unclaimed Bounties can result in stalled progress, inefficient actions, and lost rewards!

Bounty Tiers and Difficult Levels
There are also three Bounty tiers during the Raid Bounties event:

Each tier is more difficult to complete than the previous one, but the rewards increase in value as you progress! Players will start off with the Bronze Tier and work their way through the Bounties assigned by the Godfather until they reach the Gold Tier!

The Gold Tier only contains one Bounty for each category, but top performing players will be able to claim their Gold Bounty rewards multiple times! Golden Bounties repeat indefinitely and double in difficulty each time.