All Faction members can contribute towards filling up the meter, and these actions can be taken against any normal Raid Boss regardless of the Boss' owner. Every time your Faction collectively fills the meter, you will automatically summon a Faction Raid Boss that is only available to members of your Faction!

If you already have a Faction Raid in progress, filling the meter will “bank” a future Faction Raid, which will be tracked by these tokens: 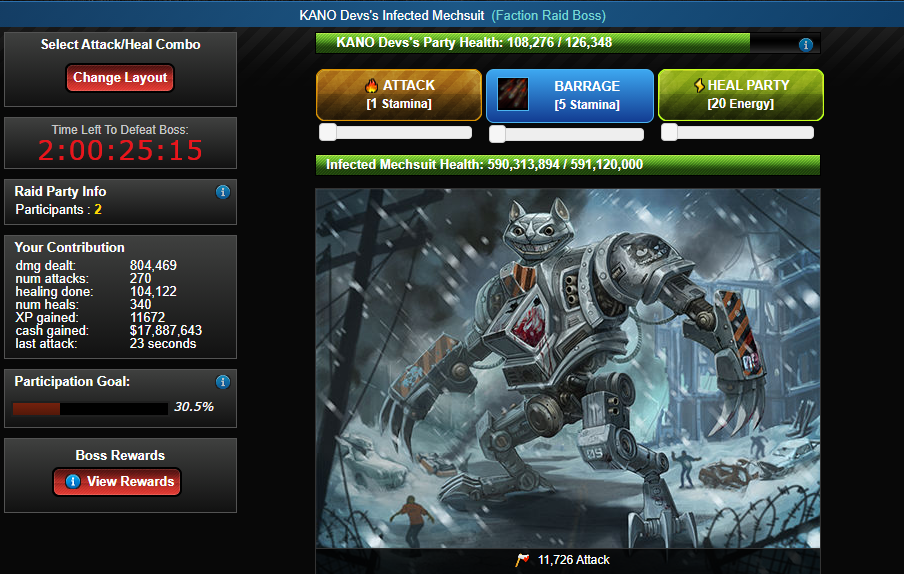 Even when your Faction summons a Raid Boss, you need to make sure to join the Raid Party by Attacking or Healing in order to get added to the list of participants! Only Faction members who reach their participation goal will be able to claim rewards when the Boss is defeated. Faction Raid Bosses will have stronger item drops than the regular Raid Bosses, but the greatest prizes will come from the Leaderboard!

Leaderboard
Factions from all three of our game servers will be competing for the top spots on the same Leaderboard!

Leaderboard rewards include a grand prize for being in First Place, along with prizes for placing in the remaining brackets. Mobsters will need to coordinate with their Faction and do actions all event long to summon and bank those Faction Raid Bosses! 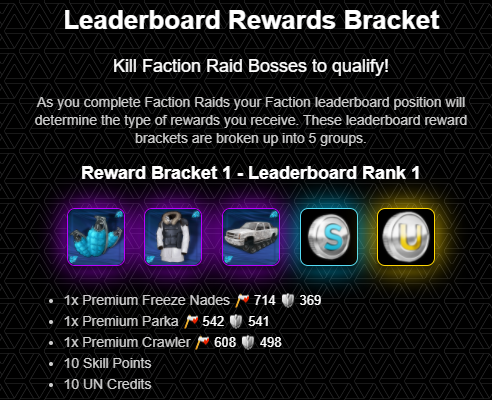 Additionally, Faction Raids can continue to be summoned and killed after the regular Raid Bosses “end” on Monday at noon, but the whole event ends on the following Friday at noon (Pacific Time).